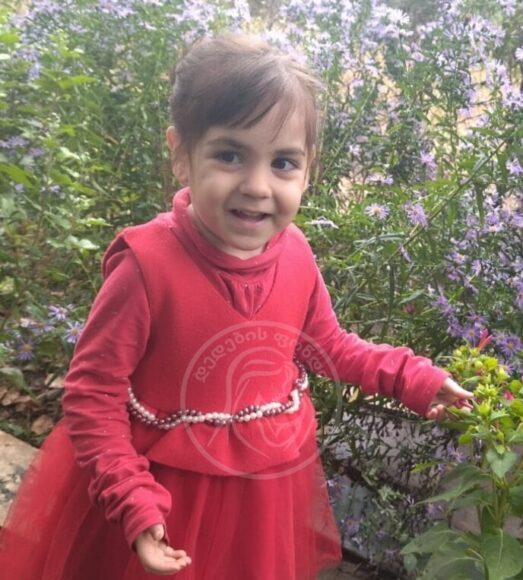 “Nia has growth and development retardation because of this esophagus. A 5-year-old baby looks like a 2-year-old”

Nia Nikuradze was born on the 7th month of the pregnancy with unformed esophagus.

The next day after birth, esophageal atresia surgery was performed. The esophageal tube was mispositioned from the stomach and she was inserted the artificial one.

Nia needs regular consultations once every 2 months in order to check if her esophagus is narrowed or not. Nia has twice done bougienage or balloon dilation of esophageal. Each bougie costs up to 4500 GEL and the family can no longer afford it. Universal health care program has financed only up to 1000 GEL, unfortunately the rest should be paid by us. The doctor says it takes another 2 years for the tube to be fully recovered. During these 2 years, she needs a visit and bougies once every 2 months.

Maybe you somehow help us, because we don’t have the funds to recover the child.