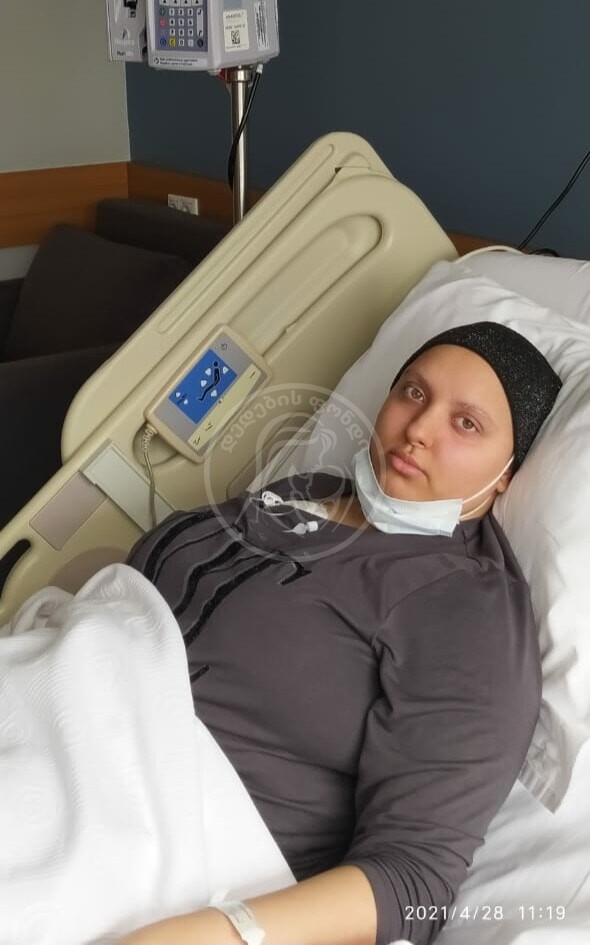 “We have nothing to sell anymore, but without money no one even touch us here, I look how my child is destroying and can’t do anything…

“Since that day our whole life has changed, we have faced with a fatal diagnosis, but have decided to start fighting…

“We went through 1 year of hell, we thought that we have finished fighting, but the disease returned…” 17-year-old girl is fighting against Ewing’s sarcoma…

I am grieved mother, my child hasn’t seen the sun for the second year, still in 2019, Nicole had pain in her leg, we sent a biopsy to Germany and a terrifying diagnosis – Ewing’s sarcoma was received from here….

We went through 1 year of hell in Iashvili hospital, however finally when we defeated the disease and thought that everything was over, 1 month later we got a relapse …

The hell supposedly was not over, we again began chemotherapies, but the doctor said that child urgently needs stem cell transplantation …

Humans, we are talking about the life of a 17-year-old girl who is losing days.